Though born in New York, she’s spent most of her life in Greensboro. As a kid growing up in the northwest side of town, she was often the only Asian student in most of her classes. She’s still often the only Asian person in most settings. But the 28-year-old editor of the small independent weekly, Triad City Beat, is so used to navigating spaces in which she stands out that she rarely gives it much thought.

Whether it’s covering a public forum or serving as a speaker on a panel of female editors of independent weeklies, Matsuoka maneuvers through situations like a chameleon — as objective journalist or as a quiet, observant bystander. Or as a woman who knows she represents a small minority of people and that her perspective can help shed light for others.

If she seems comfortable in her skin now, it’s because she wasn’t for so many years. That journey towards self-acceptance was reached by the love and support of others and from seeing more Asian Americans in mainstream media. It also helps to have some years behind you.

Matsuoka describes her upbringing as “predominantly white.” Throughout most of elementary and middle school, she was the only Asian student in her classes. Her mom used to pack her lunch in bento boxes, but Matsuoka asked her to stop after classmates made fun of them. She resisted anyone or anything that was Asian. 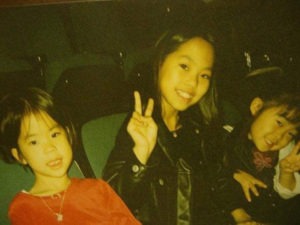 Her younger sister, on the other hand, gravitated towards other Asians. There were a few Asian kids her age in their neighborhood, and they became friends. Yet, while Matsuoka wished that she were white, she also led a dual life. At school, she rejected her Japanese identity and avoided anything Asian. But at home, she spoke Japanese, preferred Japanese food and watched Japanese dramas on TV every day after school. In fact, she speaks Japanese more fluently than her sister because of those dramas.

Matsuoka’s parents also owned a Japanese hibachi restaurant, Kyoto Express. She and her sister grew up working there to help their parents. They served in a number of roles, including cleaning, serving and running the register. Although Matsuoka sometimes resented that she had to be there, she’s now grateful for the work ethic that was instilled from a young age.

Things began to shift a little in high school. A friend took an interest in her lunches whenever she ate anything Japanese. She thought Matsuoka was cool and liked to go to her house to eat Japanese food. Matsuoka says her friend’s interest and approval gave her permission to be herself. In college, the way that she thought about herself began to shift, and it started with the Black Lives Matter movement.

At UNCG, Matsuoka earned a degree in art history. She thought she would pursue a master’s degree at UNC-Chapel Hill and work in museums, but she wasn’t accepted into the program. This was about around 2013, and the Black Lives Matter movement was gathering momentum across the country. After attending a BLM rally in downtown Greensboro, she wrote about the experience. That piece helped her get an internship with Triad City Beat after she graduated from UNCG. She’d never taken a journalism class and had no training whatsoever. She simply learned by doing it. And she was hooked. 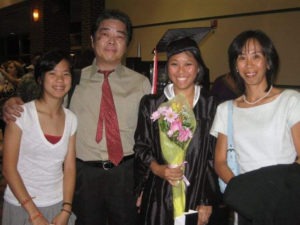 She had always enjoyed writing, and art history required a lot of writing, so it wasn’t such a departure from her earlier aspirations. She also recalls being really into the children’s book “Harriet the Spy,” about a girl who writes everything she knows about everyone in her notebook. As a child, Matsuoka had her own notebook: “I remember walking around with a notebook and spying on my neighbors and it was like, this feels like it’s illegal, but it’s so fun. I’m just going to observe and take notes.”

One of the first significant pieces she wrote for Triad City Beat was about a young woman who had been groomed for human trafficking. Matsuoka says it confirmed what she wanted to do — use her skills in writing and talking to people to craft stories that shed light on hard topics. Through journalism, she could start a dialogue about issues that people might be uncomfortable discussing.

As a journalist, she can’t participate in rallies, volunteer for political campaigns or voice her own opinions. Her role requires that she remain neutral politically and socially. However, Matsuoka believes her work as a journalist can play a pivotal role in social justice movements. Her reporting can uncover injustices, shed light on varying perspectives and give those without power a voice. She sees it as the perfect marriage of her activism and her passions for justice, funneled into something that she can do: putting pen to paper to enact change.

She does feel an added sense of responsibility to ensure that people of color are represented accurately and fairly in Triad City Beat. As a female journalist of color, she’s attuned to looking for the voices that aren’t represented. It’s not a weighty responsibility, she says. But her frustration runs greater with society-at-large. What does it mean to show support for BLM and to stand against AAPI hate on social media, but do little day-to-day to meaningfully support those causes? What does that support look like, she asks rhetorically.

Does it mean supporting Black and Asian-owned businesses? Does it mean volunteering in those communities? Or can it simply mean getting out to vote?

There aren’t easy answers and people are weary because of the pandemic, Matsuoka says. But then she thinks about those who have been more negatively impacted by the pandemic — frontline workers, many of whom are Black and Brown.

Matsuoka’s journey to self-acceptance evolved from the love and support of those around her and from simply maturing and gaining confidence in who she is. 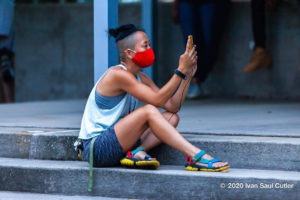 She’s extremely close to her family, especially her sister. Her fiancé, Sam, who is white, embraces her Japanese heritage and is extremely supportive. There’s also more visibility around Asian culture now, in food, music and films. From mochi ice cream and poke bowls to BTS to “Crazy Rich Asians,” more mainstream Americans have been exposed to Asian influences in food and entertainment. But it’s not enough, Matsuoka says.

Her final thoughts: “It’s good. I’m excited about it, but that should also come with civic engagement and passing anti-hate laws. It’s not just about representation. It’s good, but it’s not enough. It shouldn’t be like, there’s a tragedy, ‘Oh yeah, let’s do a month of this or that.” 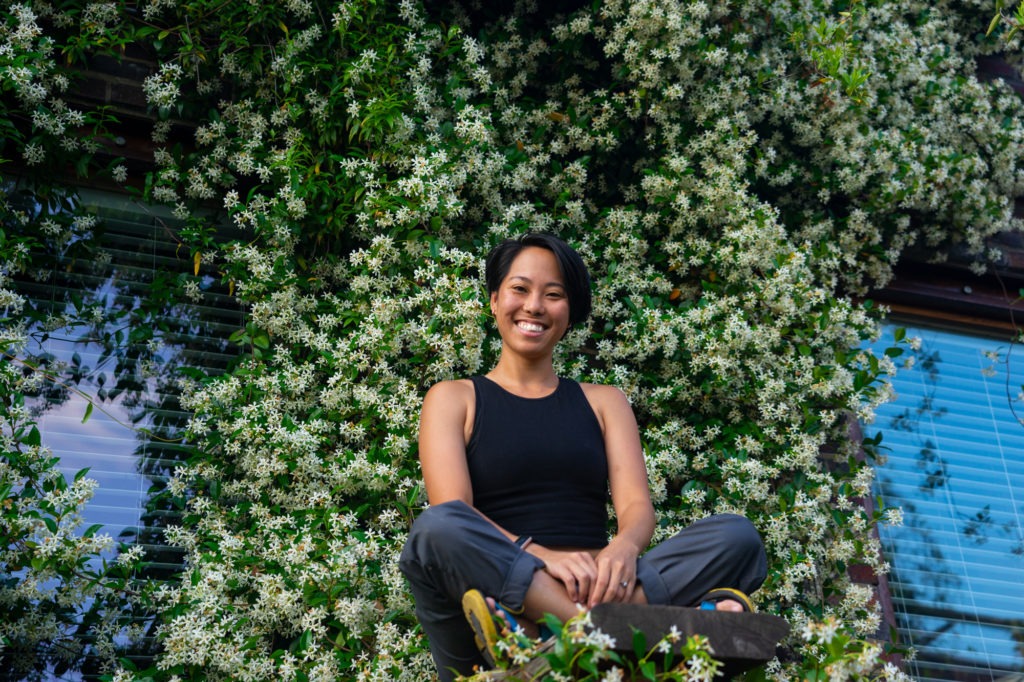 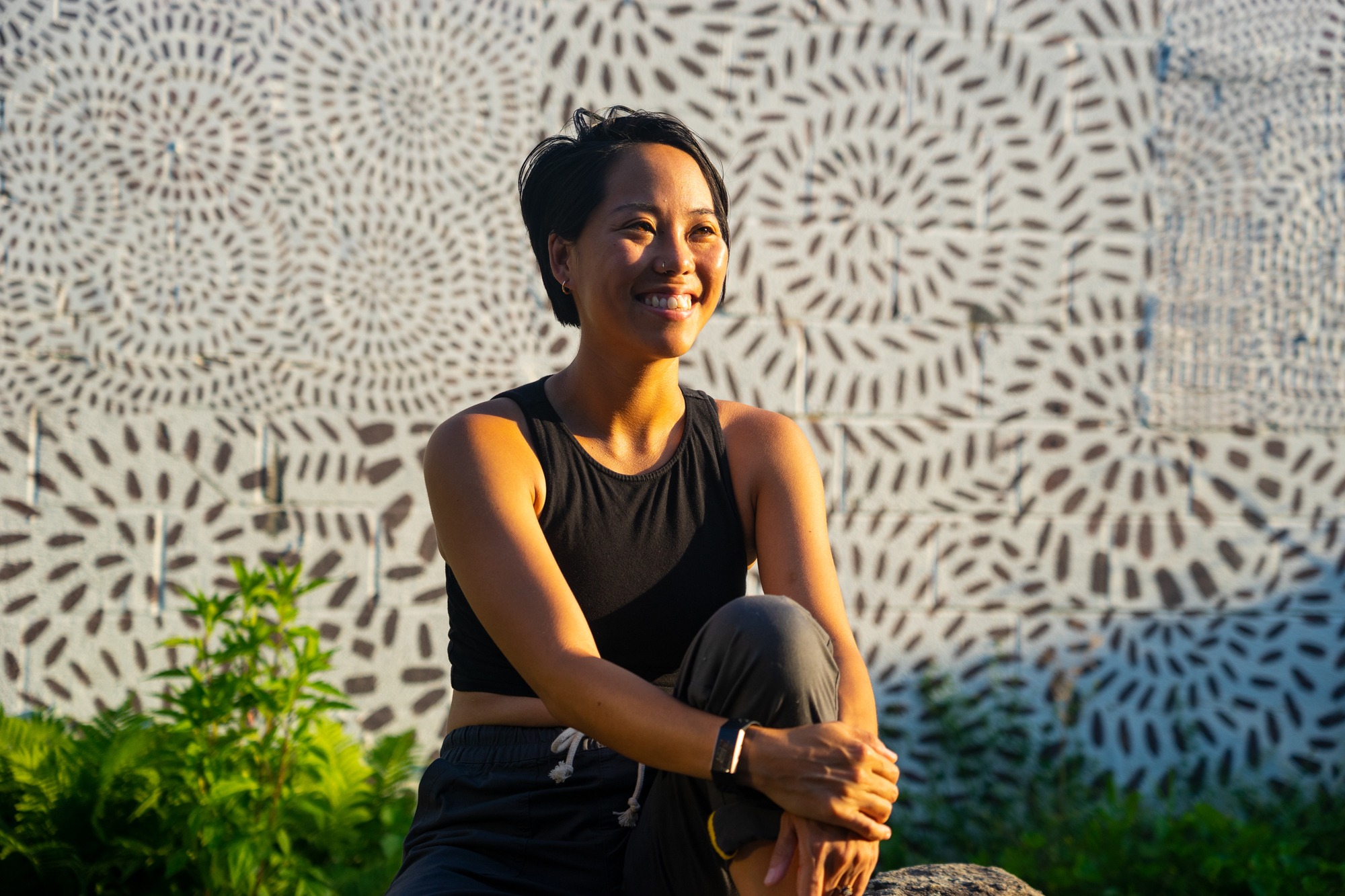 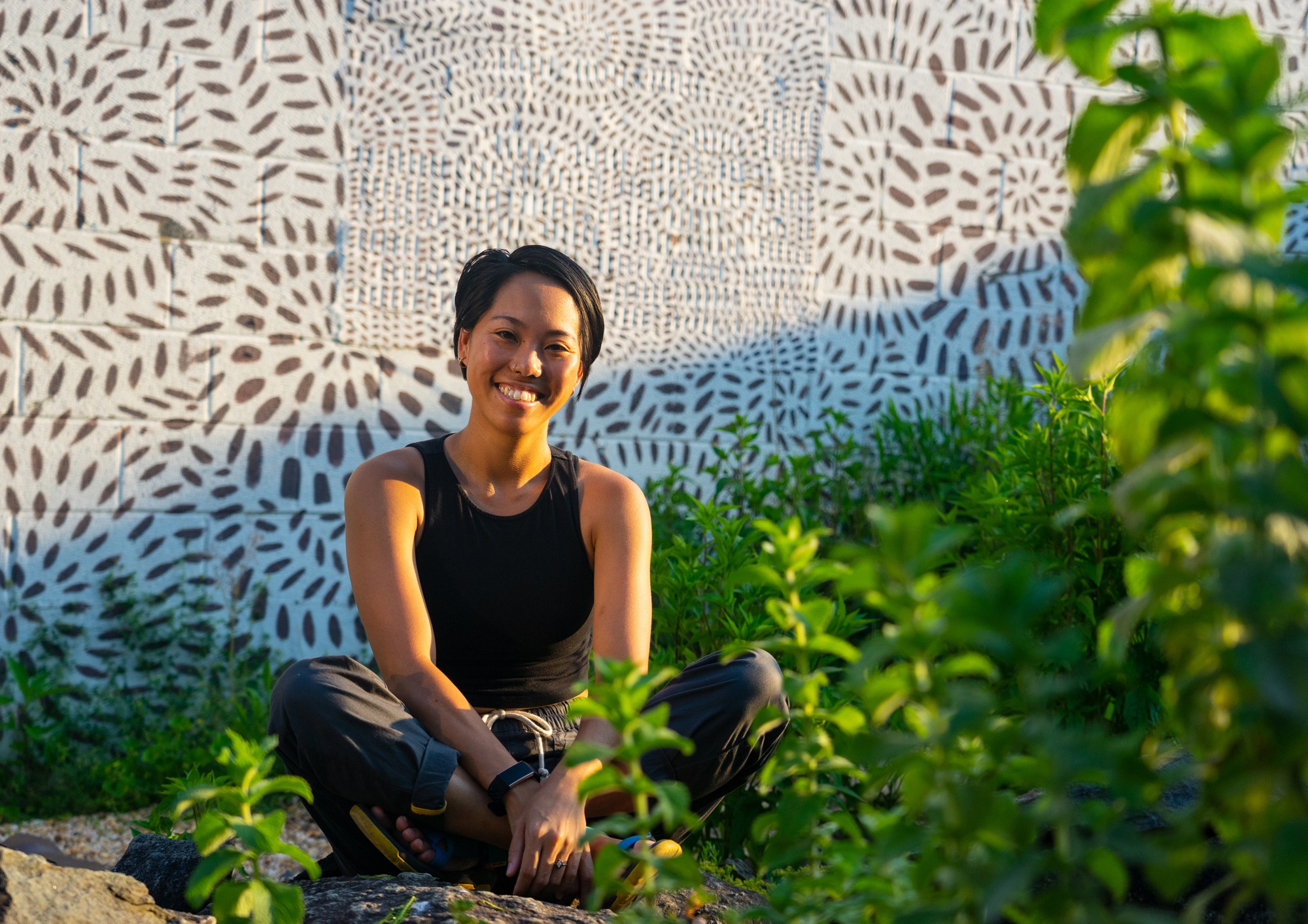 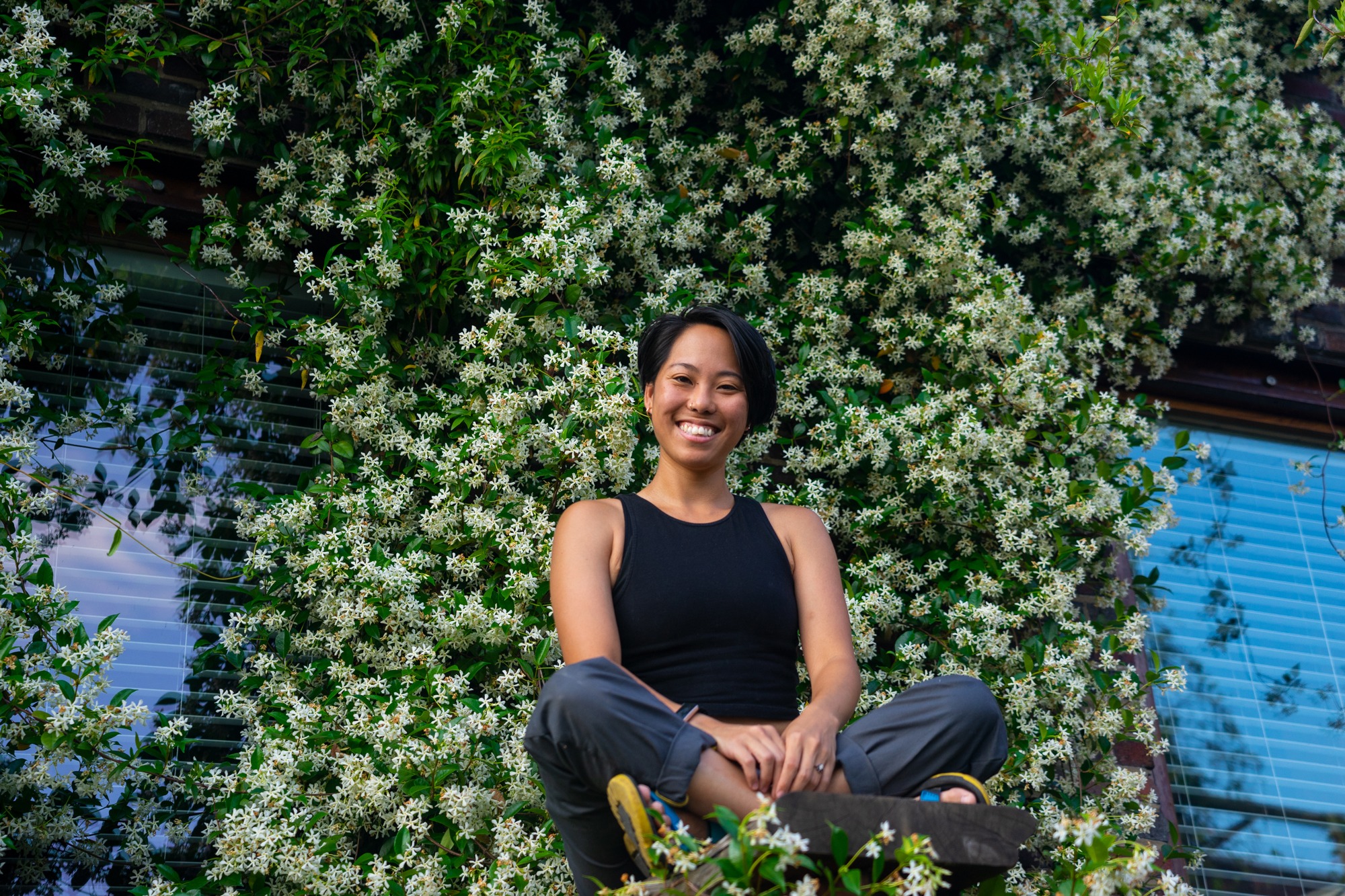 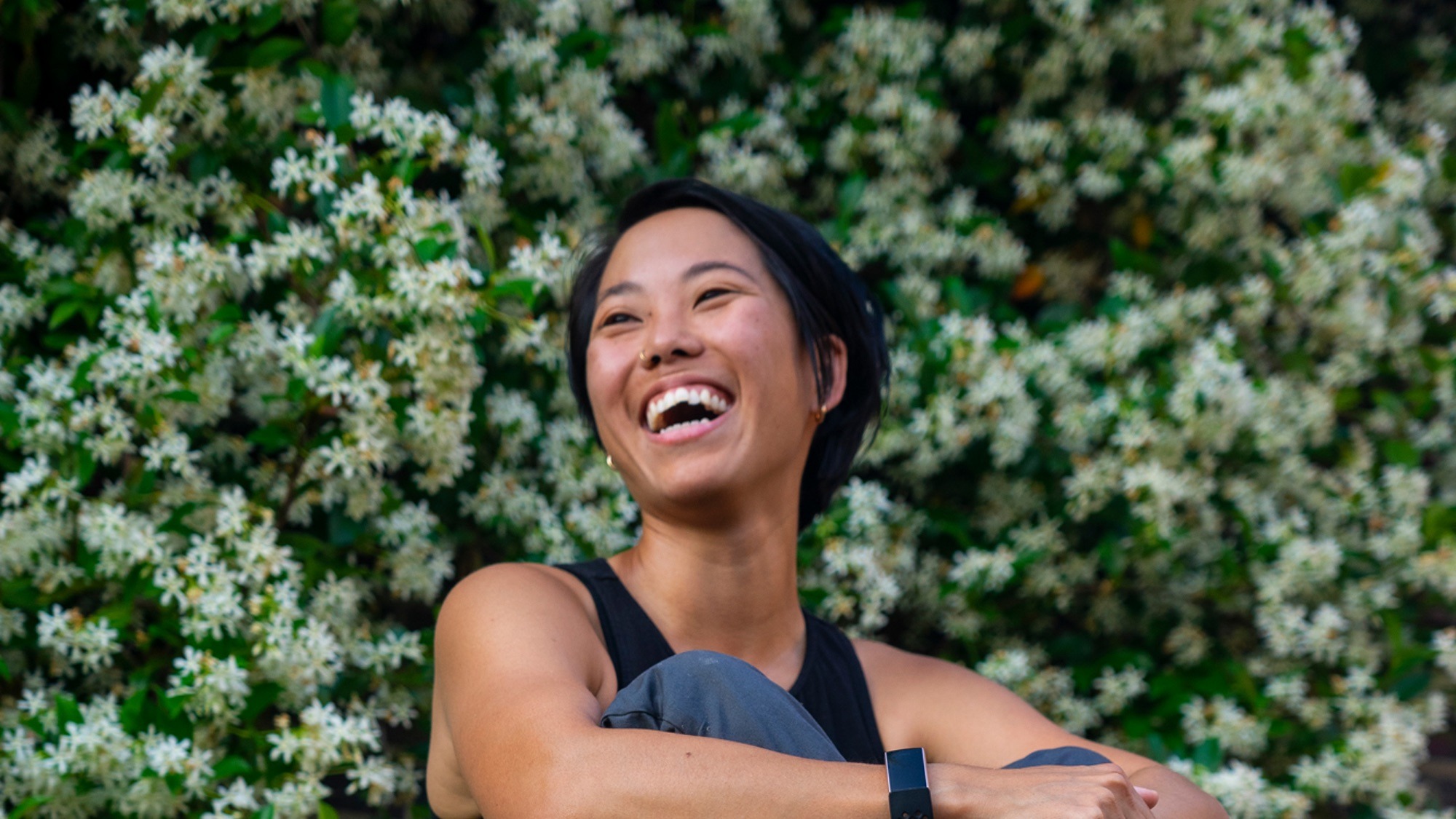 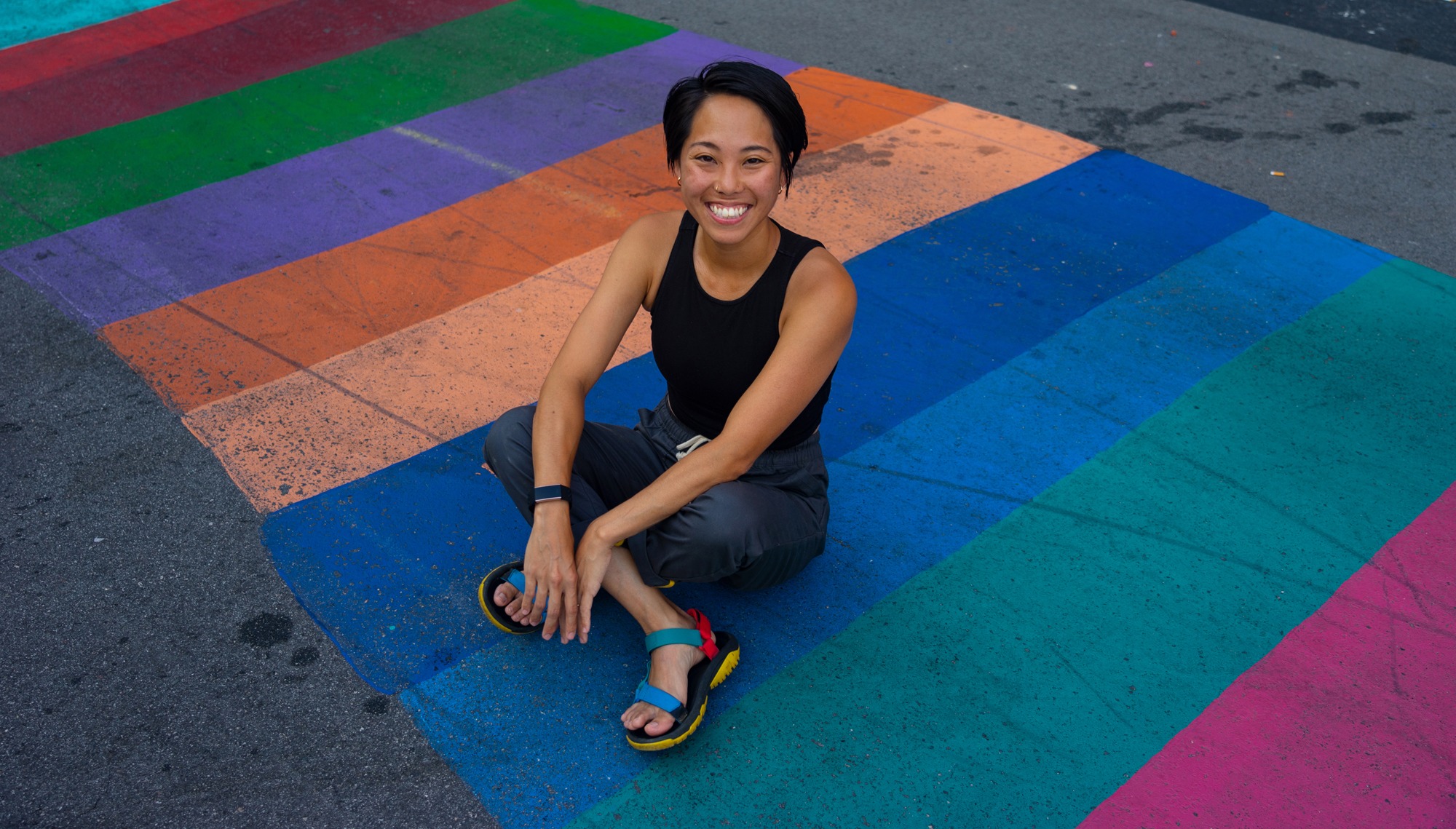 This photo album is a paginated portfolio of images related to this interview. The download contains a zip file with all of the images.
Photos by: Melissa Boughton 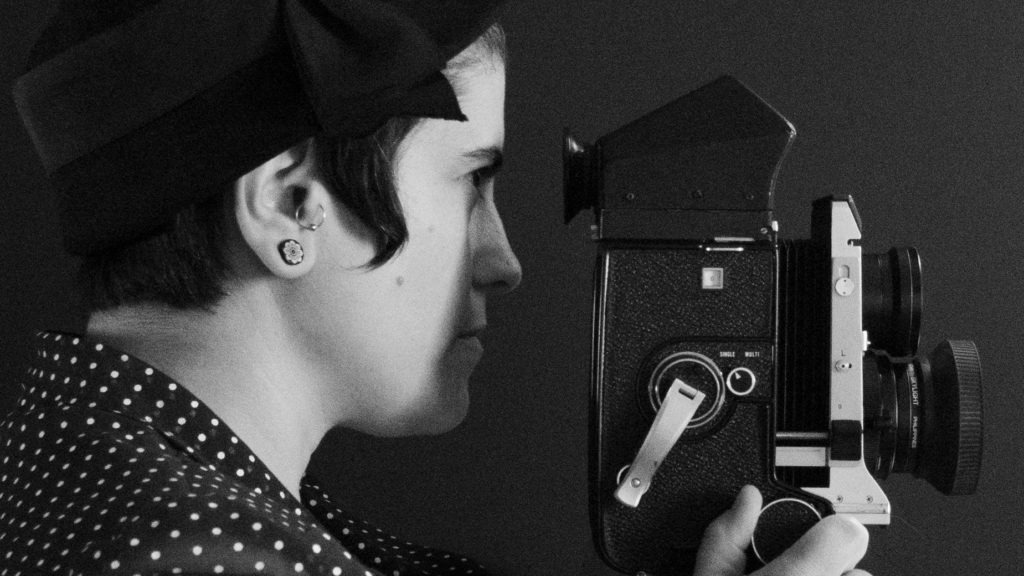 Rebekah (Becky) Kates is a photographer and creativity enthusiast based in Greensboro with degrees in fine art,
photojournalism and Spanish. Originally from the Northeast, Becky has called North Carolina home for over twenty years
and currently works at UNC Greensboro.

Community-minded, she has been a leader for many years in the Glenwood neighborhood and is an enthusiastic volunteer at cultural events like the NC Folk Festival. With a keen interest in visual and performing arts, Becky enjoys traveling the world with her camera, learning about diverse cultures and traditions, and has lived in Mexico and Spain.