Yumi Sushi Tea & Sake opened in High Point in the Stock + Grain Assembly Food Hall in July 2022. We caught up with owner Jessica Douangprachanh Chen to talk about her background growing up in Greensboro and how the business is doing. Jessica is Laotian and her husband, Hsiao Shan Chen — the other owner — is Chinese.

Here’s the rest of their story

Tell me about your background.

I was born in Sacramento and moved to Greensboro when I was 3-years-old and then I pretty much grew up there. My husband grew up in China and Taiwan and finished high school in Brooklyn. He moved to North Carolina when he was in his 20s.

What was it like for you growing up in Greensboro?

It was pretty chill, nothing crazy. It was a pretty normal childhood but I kind of grew up in a lower-income neighborhood. I went to Murphey Elementary, Jackson Middle, then the Early College at Guilford for high school, and finished college at Guilford. I had other Asian friends in middle and high school, but they weren’t the same kind of Asians if you know what I mean.

So I kind of felt stuck in between, like wondering who I should identify with because the reputation, I guess, is that generally, Southeast Asians are more “hood.” Like if you’ve watched (comedian) Ali Wong. We’re the “jungle Asians” and you’re (Japanese and Chinese) the “fancy Asians,” and I wanted to be a “fancy Asian.”

How did that dichotomy affect the way you understood your identity?

I was never really ashamed to be Asian, but I’ve come to embrace it more and more. I would embrace the cultural celebrations. Like, I was in the Laotian dances for the holidays and would dress up in the full ensemble and all that.

I embrace it even more now and try to hold on to the language aspect and teach it to my daughter. But my Laotian is really broken; I can understand it more than I can speak it.

With your Laotian background and your husband’s Chinese background, why did you decide to open up a sushi restaurant, which is Japanese?

It’s because we were already in the industry. We both worked at Imperial Koi in Greensboro for about 10 years. He was the head sushi chef, and I worked myself up to management. Then, when I got pregnant, I had to take leave and we were like, ‘We have to make our own money.’ The timing was right because we had enough experience under our belt; I think we were ready for the next step.

How has business been going for you guys?

It’s been going pretty good. It exceeded our expectations for High Point, especially because downtown High Point is not a destination location, especially for food. But there’s a lot of local communities here that we didn’t know existed. We’ve had a really good reception from the community and people appreciate us being here so they don’t have to drive all the way to the Palladium. They appreciate having something local in the neighborhood.

Tell me a little bit about the food.

People really like the poke bowls, especially the spicy ahi; that’s the number one (menu item) that people order. A lot of people also like to build their own. It can be a little intimidating at first because there’s so many ingredients. I like to build my own with salmon, tuna, kimchi, edamame, mango, mushrooms and then the gochujang and gochujang aioli sauce and some ponzu.

We have a lot of passion behind what we do and my husband is really particular about his presentation and quality of the fish and how things look aesthetically.

For example, with our drinks, we don’t shortcut anything. We don’t use artificial colors, flavors or powders. I think that really differentiates us from other shops. People can tell the difference. And then they don’t have to feel guilty about drinking boba because it doesn’t have any fillers or junk. It’s just straight up tea, milk, sugar, ice and whatever fruit flavor. We make our own purees; everything is fresh, made-to-order. Even our taro drink has taro chunks.

So when people look at our prices, they are on the higher side, but it’s within reason because they’re getting fresh ingredients.

How have you liked living and working in the Triad?

We call the Triad our home. I’ve lived here pretty much all my life, and Chen has been here since, like 2010. We like the Triad because compared to Charlotte and Raleigh, those towns feel big and congested. We like the small town feel that Greensboro and High Point offer, but we have the accessibility to good food and awesome events.

We see that as growing, but not to an exponential point where it’s overwhelming; I just like that it’s not so densely populated.

High Point has also grown so much this past year, and there’s more coming to the city. We have a pro soccer team coming in 2024 and the food hall parking lot is being converted to a high-end apartment complex to attract more young professionals.

The city leadership is making strides to make High Point a destination city and the food hall was the first step in the first phase of it all. I think we got in at the right time.

Learn more about Yumi Sushi Tea & Sake at yumisushihp.com or follow them on Facebook and Instagram. They are open daily (except for major holidays) and are currently hiring. 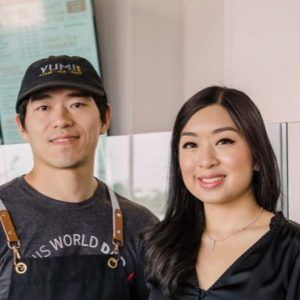 I love strawberry Pocky and the vanilla Hello Panda, and anything matcha-flavored.

I love Lao food; it’s all so good. It just depends on what I’m in the mood for. I like khao piak sen. It’s chicken noodle soup with hand-cut noodles made from scratch. Anytime I smell it, it’s stinky and spicy, and it just tastes so good. My mouth just starts watering.

It’s pretty old but when I was in high school, I loved “My Sassy Girl.” It’s one of the original Korean movies I would watch all the time. This was before Netflix had Korean dramas. 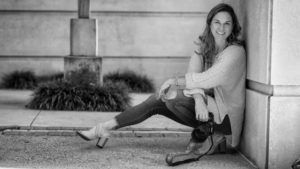 She holds babies, runs around with kiddos, and makes people smile! She was an art and elementary education major and then a teacher before having her own babies. You could say that children are her passion, and she loves to capture them just being kids.

She very rarely does “mini sessions.” She loves getting to know new clients and catching up with them year after year. “Mini sessions don’t afford me the time to just relax and be while capturing your special moments. 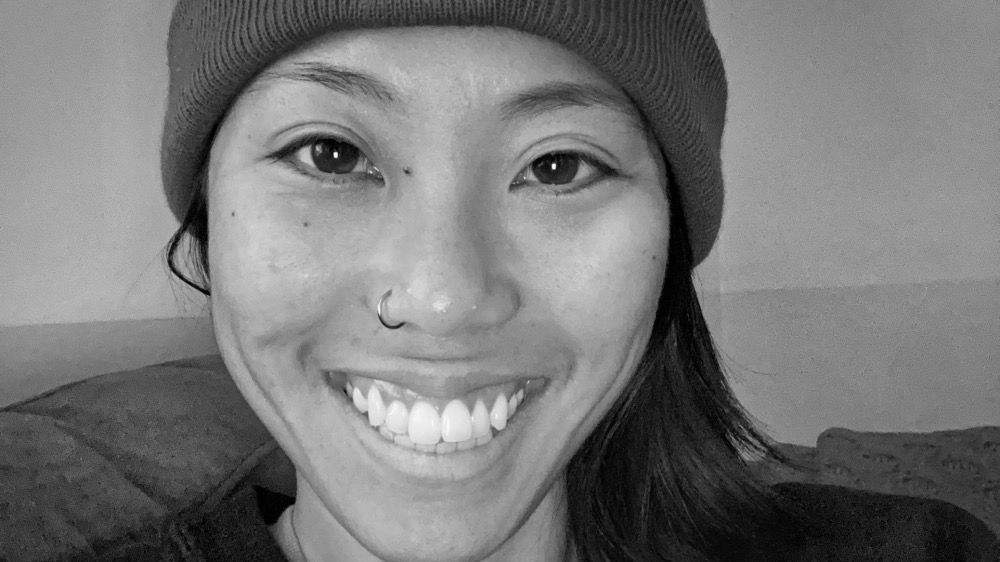 Sayaka Matsuoka (she/her) is a journalist who grew up at the intersection of her Japanese heritage and the suburban south. She is the managing editor for Triad City Beat, a weekly newspaper covering the Triad in NC, and is also the Diversity Chair for the Association for Alternative Newsmedia, a national organization of more than 100 news media in North America.
Using her cultural background, she focuses on issues surrounding race and identity, immigrant food culture, activist art, and cultural exchange.