While both Tina and Christie spent their formative years in the South, each has had a different path and perspective as they’ve integrated multicultural influences and experiences in their lives to become the women they are today. They share a common desire to raise awareness and elevate, connect, and advocate within the Asian American community locally. Here are their stories. 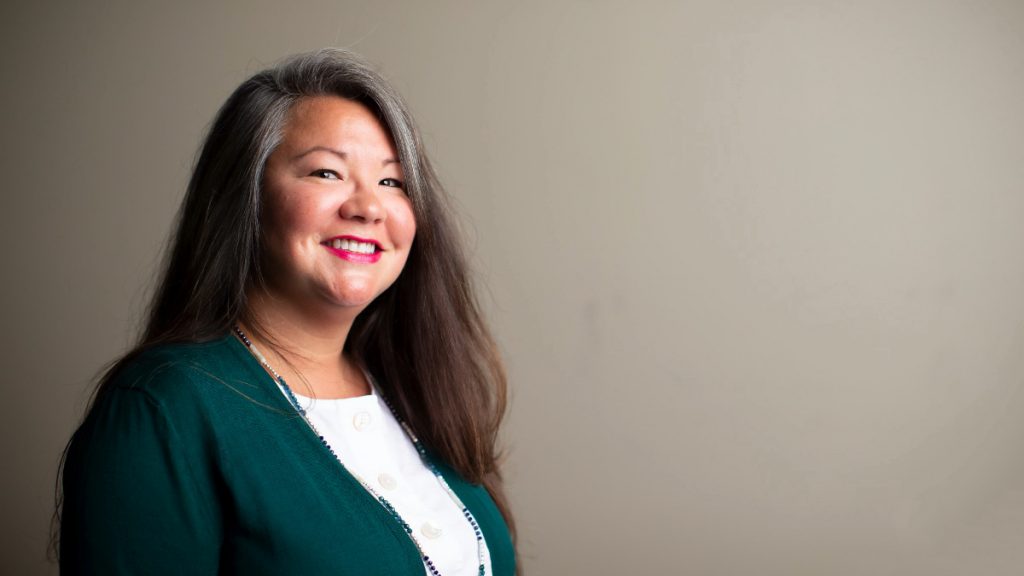 Every great origin story has a defining moment that changes the trajectory of the heroine’s life. For me, that moment occurred when I was 11 and my Korean mother decided to stay in the USA after my parents divorced. Her intention was to provide my sister and me with a shot at opportunities for a better future.

My mother is a titan of strength and sheer perseverance who has overcome more than I would in two lifetimes. A retired owner/operator of several small businesses in Greensboro who has the most enviable green thumb, she taught herself English, obtained a GED, a cosmetology degree, and American citizenship, and raised two bold daughters with little assistance.

A strong disciplinarian who instilled in me the gift of education as my path forward, my mother sewed socks for minimum wage six days a week in a textile mill and attended school every weeknight. She embodied hard work, managing within your means, and fierce independence in moments when she was learning how to write a check and pump gas in her car. Thanks to my mother, I understood firsthand and could navigate as a child the pressures of being little, having little, and looking a little different.

And on the recent March morning after the senseless murders in Atlanta of 8 people, including 6 Asian women, I had to remind her while she was planting lettuce to watch over her shoulder and be aware when she went out because this can happen anywhere, anytime, even here. Putting fear in my own mother to raise her guard and stay mindful of her own safety seems surreal to me after I think about the times she had chased thieves out of her store without concern for her own peril.

When I reflect on what she endured by staying in this country instead of returning to her large family in Korea, I’m inspired to share the stories of grit, guts, and grace that she and so many other Asian Americans have experienced as “perpetual foreigners” – often invisible or worse, hated for the differences they represent instead of appreciated for the values they share while building businesses, growing families, and helping neighbors in communities around us.

Last year, I closed my small business due to COVID and against the backdrop of the intense racial despair in our country, I began deeply exploring my core identity on sabbatical until recently returning home to Greensboro, N.C. Part of this exploration meant dissecting both the Korean and the white influences and impacts in my life, since I’m biracial. My genealogy has been traced back to the late 1700s in Greensboro on my father’s side. And though I have experienced racially-motivated rejection from people on both sides of my heritage, and I will need to continue forging ahead in venues where I’m the only one who looks like me – my hope and motivation for understanding, progress, and change never waiver.

Former owner of the travel and concierge services company, Suncierge, and currently the co-founder of Maunaleo Ventures, Christie Soper represents a second generation of Greensboro-based, women, and minority entrepreneurs. She and her husband, Dave, have four children, two grandsons, and a furry baby named Miles. 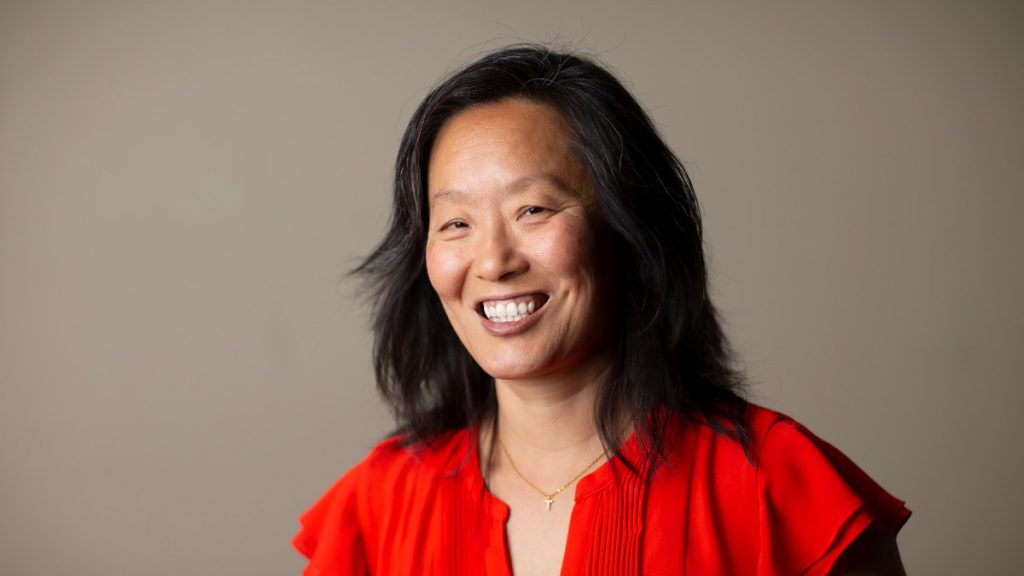 I’m Korean. I was adopted from Seoul by a Japanese mother and a Caucasian father, and I grew up on an Indian reservation in Western North Carolina. I didn’t know another Asian person except for my mother until I was 18 years old and went to college.

Most people who hear my story for the first time are pretty amazed by it. Because most people can’t imagine growing up knowing just one other person who is like them. Now, the kicker to this story is that my grandparents, aunts and uncles, and even my father were racist.

My parents separated for a couple of years when I was in first grade. My mother returned to her family in Japan, and my father returned to the tiny Western North Carolina town where his parents had lived their entire lives. I hadn’t been at my grandparents’ very long when my grandfather told me to go back to where I came from. Hot tears poured down my face, as I ran out of their house. My father found me sobbing on the bank above the house, and when I told him what my grandfather had said, he had a word with him. I only felt a little better.

Ever since then, I’ve been trying to unlearn racism. But my journey of learning about my Korean culture and being proud of who I am wouldn’t begin until my junior year in college. Those years between my grandfather telling me to go back to where I came from and my last years of college were mostly spent trying to assimilate. I was THE ONLY Asian kid in my school. Always. I didn’t want to learn to speak any other languages because I didn’t want to be more different. I grew up eating the food of Appalachia – pinto beans, fried potatoes, cornbread and lots of vegetables cooked with fatback and lard. I grew up trying to tease my hair and hating the shape of my eyes.

At UNCG, I got the chance to attend KASCON – a Korean American Students conference in San Francisco. It was incredibly transformative for me. It was the first time I had been around So. Many. Asians. Not just Asians, but Asian Americans like me, who spoke English without an accent and grew up watching American movies and listening to Top 40 music.

I returned to N.C. with a newfound sense of pride in who I was. I no longer was ashamed to be Korean. I no longer wished that I had rounder, larger eyes. I felt beautiful and empowered. I was determined to return to California to work with the Korean community in L.A. I had no idea what I wanted to do, but I just wanted to be where there were more people like me.

Recent attacks against Asians and Asian Americans and ongoing systemic injustices have prompted many of us to move outside of our comfort zones and inspired to action.

Perhaps sharing our stories won’t directly stop acts of violence or end injustices, but I do know that minds can be changed when people get to know each other. When we realize commonalities around the things that matter most – love for our families, a desire to do the right thing, the desire to be loved, the enjoyment of delicious food or beautiful music – we realize that our differences don’t have to divide us.

Tina Firesheets is an associate creative director at Pace Communications, a marketing agency in Greensboro, N.C. She is a former journalist and magazine editor. She’s also a wife, mother and a lover of food and a good party with diverse groups of people.

This brief music video serves as a fun summary of the highlights from this story.

This is the featured story as a full-length interview via Zoom video recording. 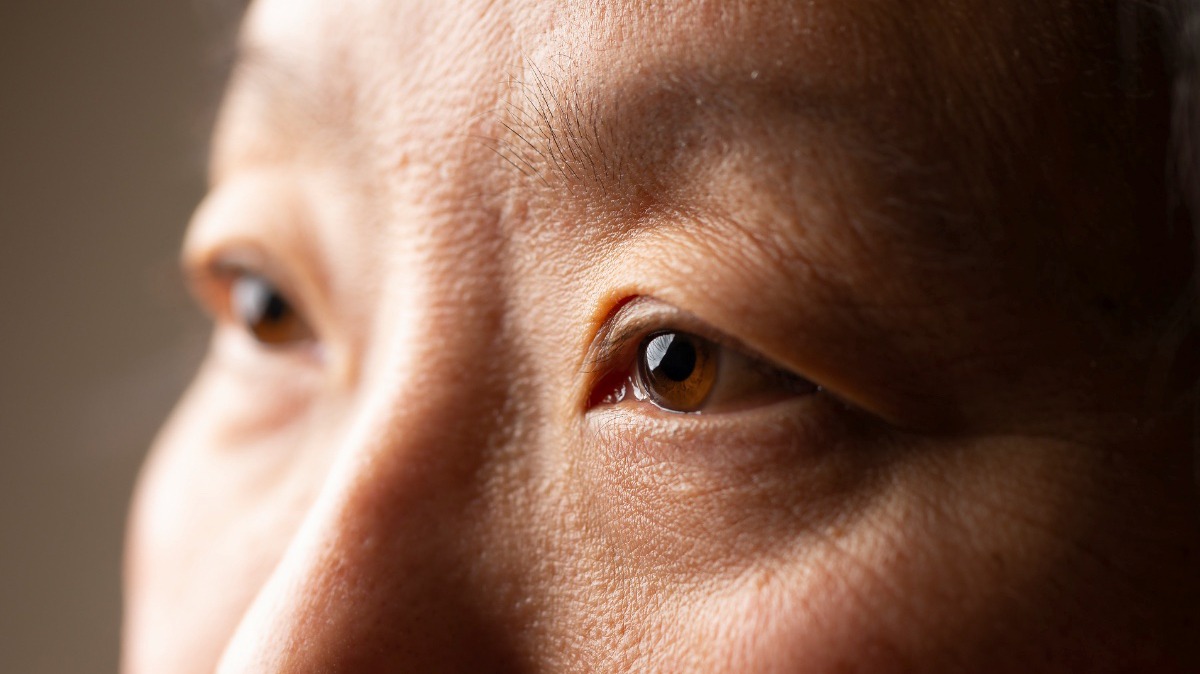 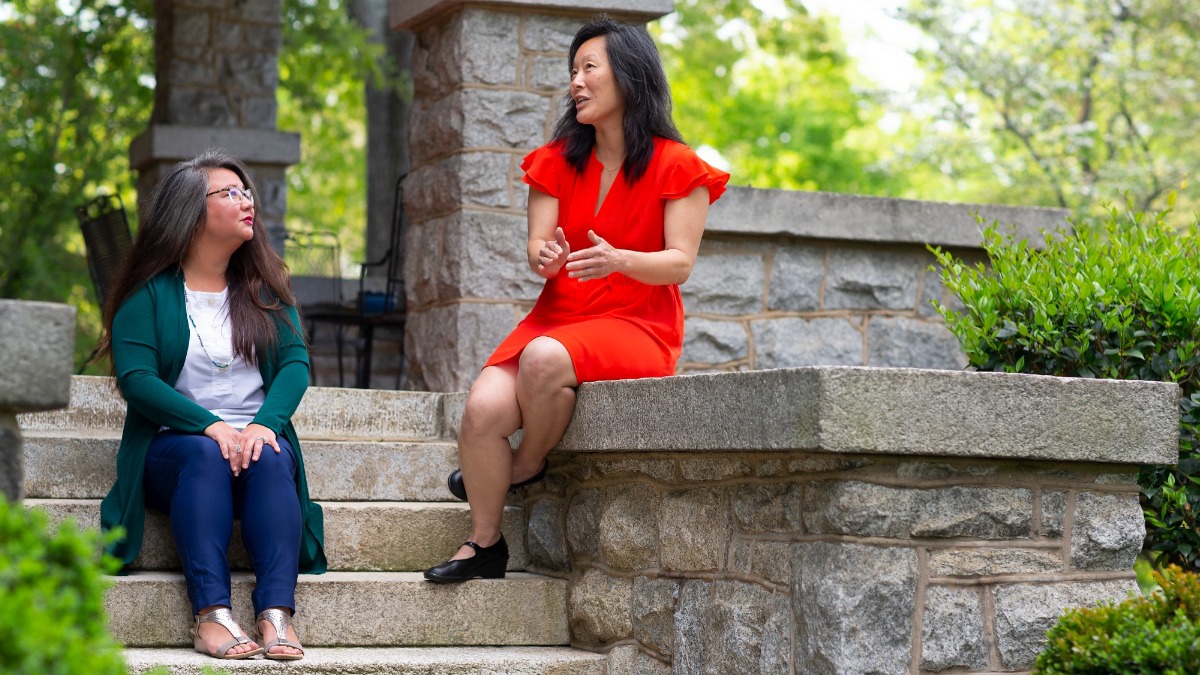 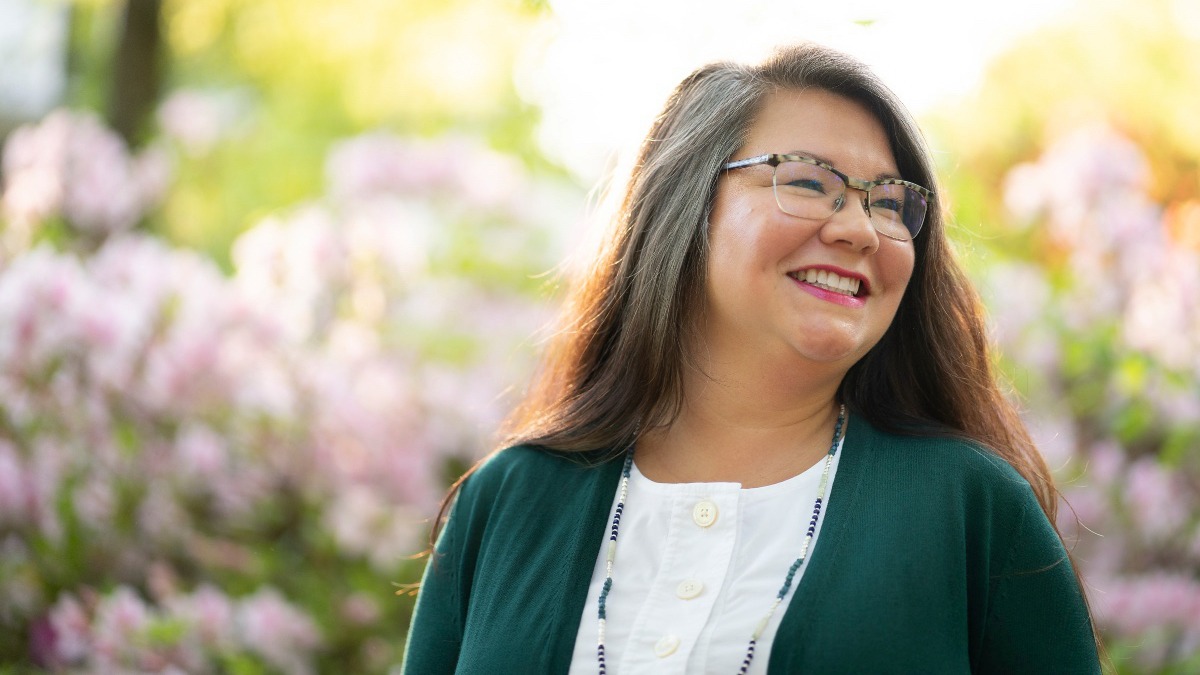 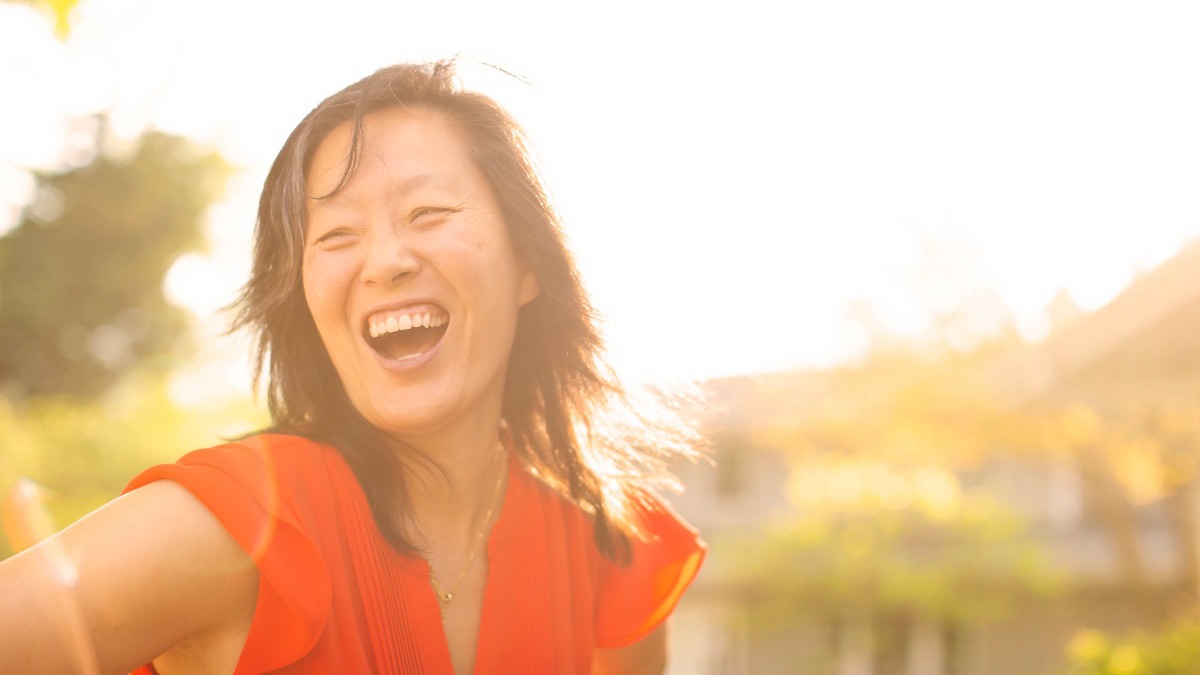 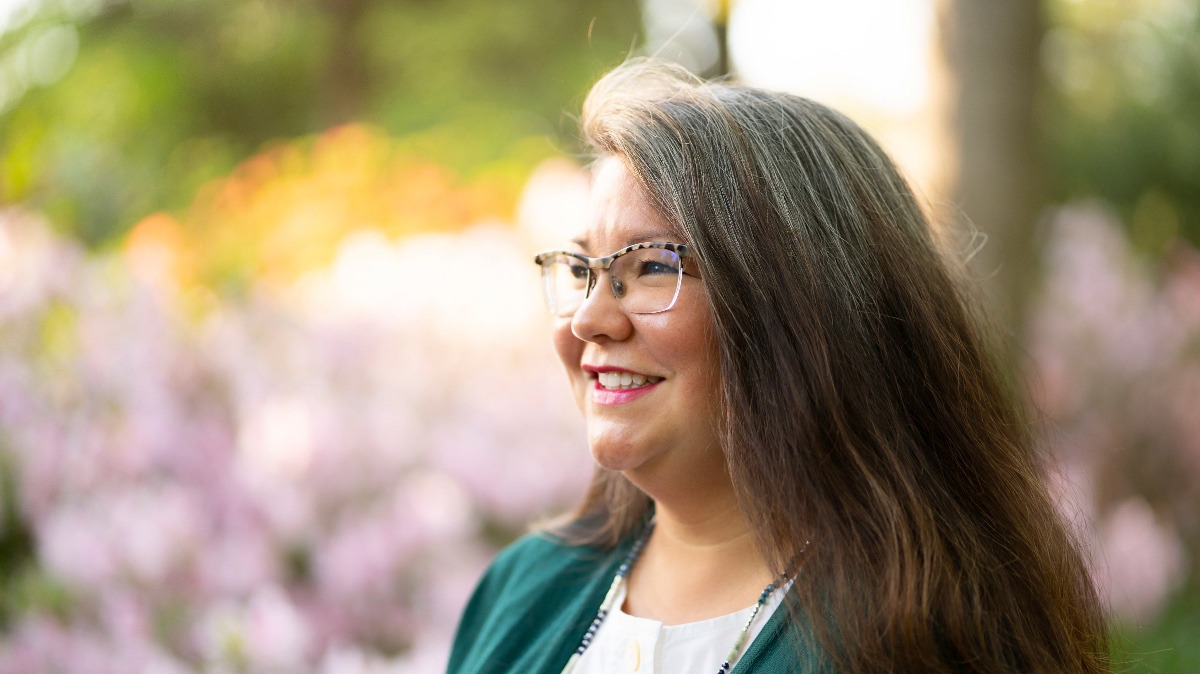 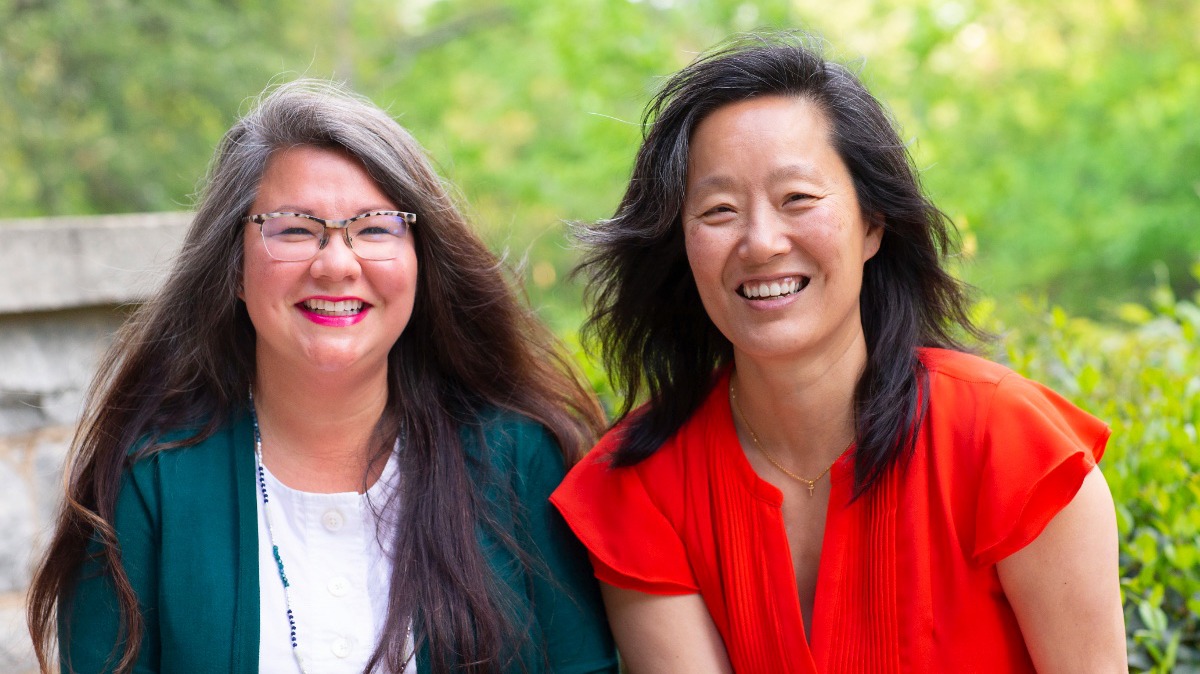 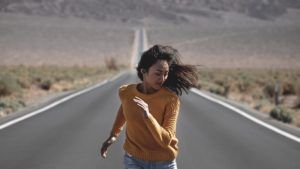 The press kit for this story contains references to all of the media, accreditation notes, and social media blurbs in one document. 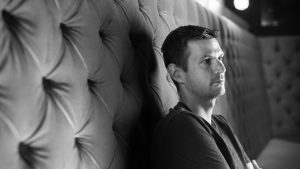 After cutting his teeth in the newspaper world, Scott teamed up with renowned photographer Jerry Wolford to form Perfecta Visuals. Together, they create commercial photography and motion products with their signature mix of authenticity and polish.

Scott prides himself on keeping a shoot on track, on time, and on budget. He launched his career as a photojournalist in the daily newspaper industry after graduating from Elon University with a double major in broadcast communications and psychology. He has been recognized with numerous awards, including the Hugh Morton Photographer of the Year in 2013. 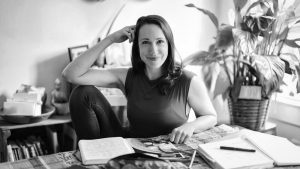 Alisha Wielfaert is a creativity, transitions, and resiliency coach who lives by the motto “We rise by lifting others.”  She is the creator of the Yoke and Abundance Wise Women podcast with over 130 episodes. Alisha spent 11 years as an award-winning internal wholesaler in the life insurance industry.

In 2017 Alisha left corporate America to found Yoke and Abundance. She is a certified Positive Psychology Practitioner and recently named one of the Triad Business Journal’s 40 under 40. Alisha is an avid painter, writer, and speaker who enjoys working with anyone who has a propensity to take action towards their dreams.